BECAUSE LIVES DEPEND ON IT

For over four decades, Military Systems Group, Inc. has been the world leader in weapons mounting solutions,
providing best-in-class designs and products to the most demanding and discerning customers in the world.

At Military Systems Group, we pride ourselves on the quality of our product and our commitment to working with our clients to find custom solutions to their unique challenges. Many among our leadership have served with distinction in some of the most elite military units in the world, so we know firsthand the importance of responsive and adaptable solutions.

Our expertise is unrivaled in the industry. Our experienced sales force and in-house engineers work in tandem with our customers, constantly innovating to improve functionality and lethality.

Read More About Our History... Expand

OUR HISTORY CAN BE TRACED BACK TO A COMPANY CALLED RAMO, FOUNDED IN 1977 BY PONY MAPLES AND KAY HORTON. RAMO WAS THE FIRST COMPANY AFTER WORLD WAR II TO MANUFACTURE M2HB .50 CALIBER MACHINE GUNS. FROM THAT EXPERIENCE SPAWNED AN UNDERSTANDING OF WEAPONS MOUNTS AND MILITARY SYSTEMS GROUP.

MSG initially made its mark in naval applications, working with boat manufacturers, then Crane, the U.S. Navy, and U.S. Coast Guard. By the late 1990s, Navy SEALs and the USMC began to leverage MSG capabilities for vehicle mounts and weapon/vehicle accessories. When we developed our double-articulating swing arm, we drew interest from U.S. Special Forces, the U.S. Army, and foreign militaries.

9/11 drove many changes. MSG rebuilt itself to support rapid design cycles, professionalizing its processes and developing in-house manufacturing capability. What didn't change is the company values.

More recently, MSG has partnered with Special Operations Forces in turning commercial vehicles into combat systems and added an array of foreign weapons mounts. In 2016, it also opened limited sales to the U.S. domestic market for hunters and shooting enthusiasts.

MILITARY SYSTEMS GROUP STANDS READY FOR WHAT COMES NEXT. WE ARE PREPARED TO HELP.

You will work directly with an MSG specialist with field experience to create a solution that is safe and effective. MSG's engineers and designers will work with drawings and 3D models to create your custom solution.

Our master metal fabricator and in house 3D printer will create in house prototypes. All MSG solutions are tested in-house with tests such as live fire, random vibrations, gunfire vibrations, hardware fatigue, and load crash testing.

MSG sees every product through the last stage of manufacturing. All machining, fabrication, and coating is done in house. 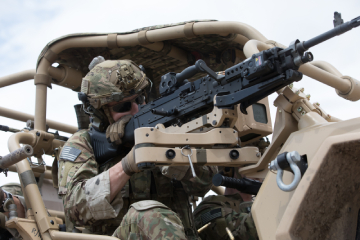 We work with the domestic and allied militaries, vehicle manufacturers, and weapons makers to mount and integrate weapons and accessories. Our experienced sales team and engineers can help you find exactly what you're looking for. 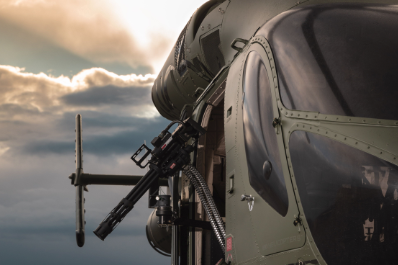 Military Systems Group designs and manufactures weapons mounts for the best rotary wing and aviation units in the world. MSG designs are the lightest in the industry and incorporate best-in-class functionality and ease-of-use features. 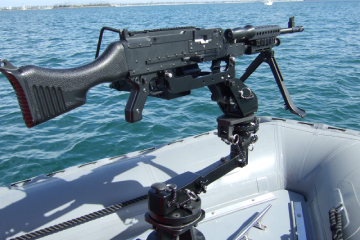 A Leader in Weapon Mounting Solutions

You may have found us by searching for some other common Ammunition Manufacturing Categories: